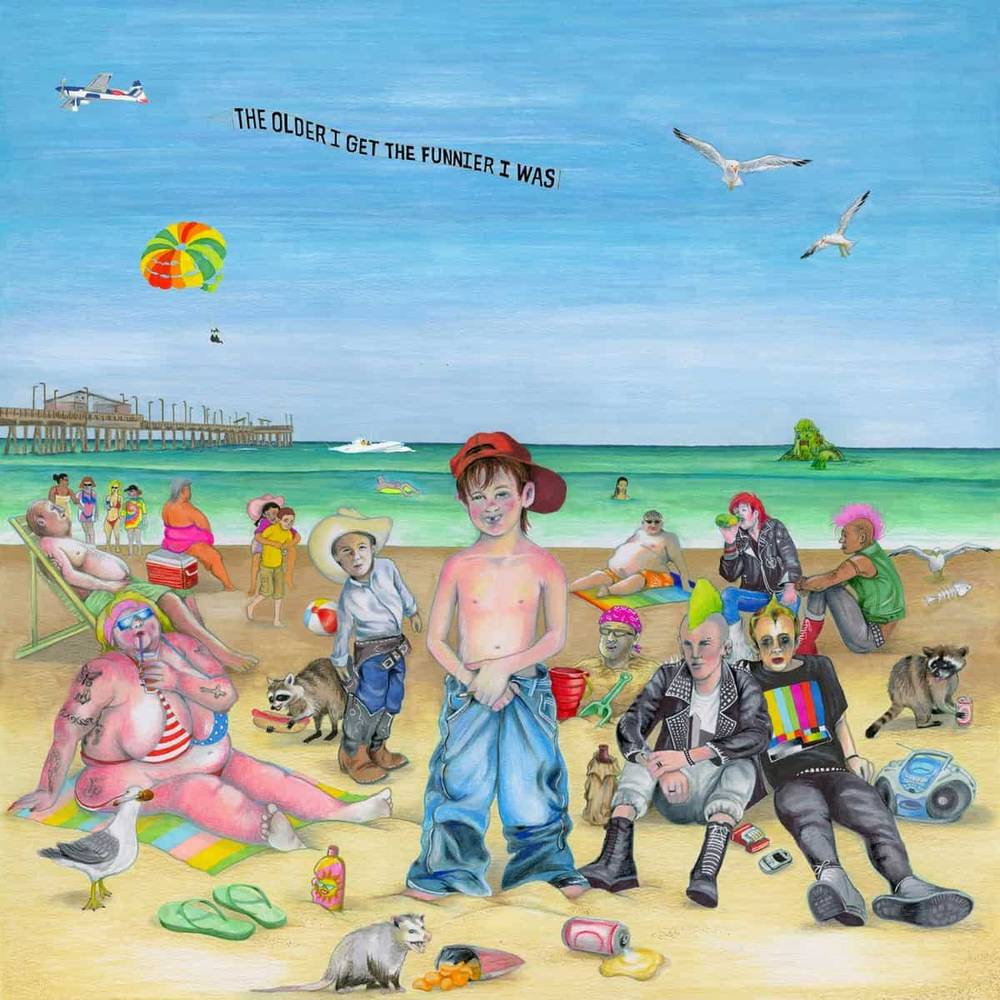 The Older I Get, The Funnier I Was [Limited Edition Pink LP]
Artist: Whitmer Thomas
Format: Vinyl
New: Available $24.98
Wish

The Older I Get, the Funnier I Was, which follows Thomas' brilliant 2020 HBO special The Golden One and his Can't Believe You're Happy Here EP released earlier this year, surveys a range of emotion and offers a broad sonic palette, moving between pop punk, electro, and the obvious influence of the singer-songwriters he grew up listening to in early childhood. It conjures the ennui of Bright Eyes alongside the barefaced storytelling of John Prine, the overstuffed lists of Fred Thomas with the lackadaisical humor of Colleen Green, among many others.Thomas attributes the dexterity of the record to Duterte, who recorded and engineered most of it in addition to serving up plenty of encouragement when Thomas got down on the process. "As a comic, I used to test out new songs during sets to see if the funny bits were hitting, but since I wrote this in isolation I ended up writing lyrics and worrying less about making jokes," Thomas says. That said, the album's plenty funny. Stand-out and lead single "Rigamarole" opens with a Thomas-voiced infomercial that recalls his oft-cited lookalike Jim Carrey as the Grinch, before launching into a buoyant pop song about being depressed.Whitmer Thomas will admit that when he traveled home to small town Gulf Shores, Alabama to record his HBO stand-up special, The Golden One, he expected to be greeted as a returning hero, a conquering king, or at minimum, a guy with a moderately successful career as an entertainer in Los Angeles. "I expected a big welcome home, open arms, but when I went back I realized: nobody fucking knows me. Nobody remembers me," Thomas says. "In the years I'd been performing that show, I'd been romanticizing my childhood in this mythologized place, but the visit made me see that I'm not really from there anymore."The sense of alienation compounded when Thomas recognized how few people in town remembered his mom, to whom The Golden One is dedicated and largely about. Thomas grew up watching her perform with her twin sister at the legendary Flora-Bama Lounge, where he set the special, and still counts her as one of his musical influences. His new album, The Older I Get, the Funnier I Was, isn't overtly about his mom, her presence is deeply felt throughout. While in Gulf Shores, Thomas discovered dozens of her old recordings, all of which had been wrecked by Katrina, but upon returning to LA, Thomas paid "a fancy place in Hollywood" to fix the tapes and hired Melina Duterte (Jay Som, Bachelor, Routine) to mix them. The two struck up a collaborative friendship, and Thomas had the sound of his mom's voice back. "I was listening to songs she recorded when she was about my age, just these heartfelt, sweet Americana songs," he says. "I decided then that I wanted to lose the Ian Curtis voice I always sing with; I wanted to do what came naturally, because my mom always sounded like herself, even when she was singing some cheesy reggae song about, like, Jamaica."Thus he went into The Older I Get, the Funnier I Was knowing it was time to retire his darkwave persona, and leaning into his natural, chirpier voice, which he says sounds "like a 12-year-old's." It makes sense: much of the album chronicles what Thomas calls "being a kid and feeling like you have no control and overcompensating by being annoying." "So much of the album is about witnessing drug and alcohol addiction as a kid and seeing what it does to people, but also realizing that there's nothing you can do about it," Thomas says. It's familiar territory (see: "Partied to Death") but the methodology is different this time around; true to it's title, The Older I Get, the Funnier I Was isn't always looking for laughs.Thomas might've left his hometown behind, but his kid self is still tagging along, a Peter Pan shadow he can't untether himself from. The first line he sings on The Older I Get, the Funnier I Was is: "There should be a room at every party where you can just sit and watch a movie." Find a 12-year-old who wouldn't say the same.
This website uses cookies to personalize content and analyse traffic in order to offer you a better experience.
I accept Learn More
back to top